Frédéric Chopin (1810-1849) wrote 21 nocturnes along the years. As far as we know, he wrote the first of them when he was 17 years old. Along with the mazurkas and the waltzes, they may be his most recorded and most interpreted works.

The musical form known as Nocturne was first originated by irish composer John Field (1782-1837) who wrote 17 of them. It is a ternary ABA musical form, with a contrasting B section. It's usually homophonic music for piano, it means that there are two voices, one based on broken chords, used most of the time as an accompaniment, and the other one is the melody. The character of this musical form is mainly sad, melancholic or meditative.

Of all the series of Chopin's nocturnes, Nocturne in E minor, Op Posth. 72 might be the only one that's been catalogued both as an early and a late work. On one hand, Julian Fontanta, Frédéric Chopin's friend and the one in charge of publishing his posthumous works, talks about him writing it at the age of 17. On the other hand, Tadeusz Zieliński wonders whether this is the last of the nocturnes, unpublished for an unknown reason, since its emotional maturity and compositional excellence tend to show us the last years of Chopin's life and work. 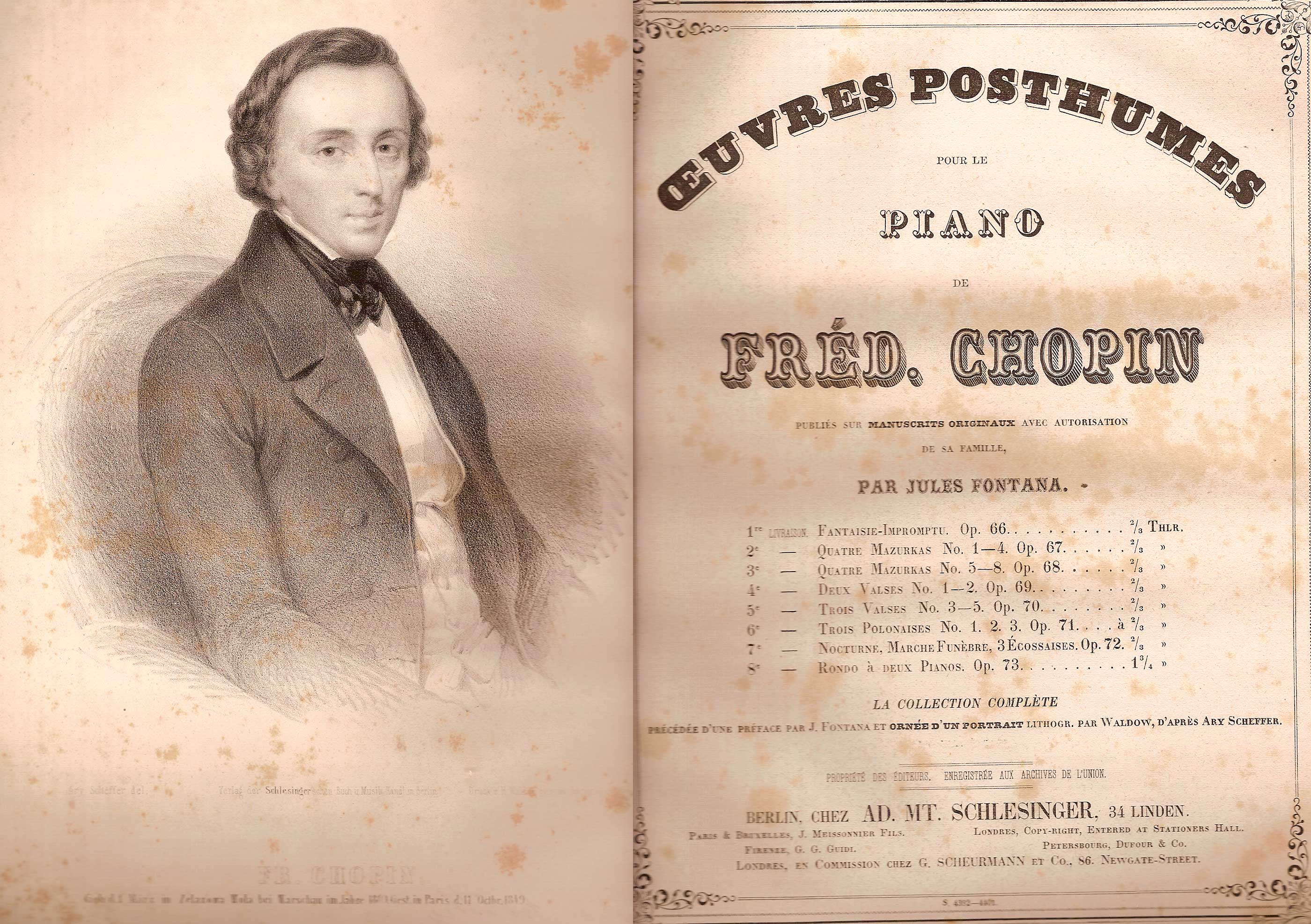 Just as Zieliński does, I tend to believe this nocturne is a late work. We could also mention that, as in the nocturnes Op. 55 and 62, the B section stops being contrasting in terms of time and only certain agogic and harmonic changes remain. A late work in which agitated and demanding passages are no longer needed.